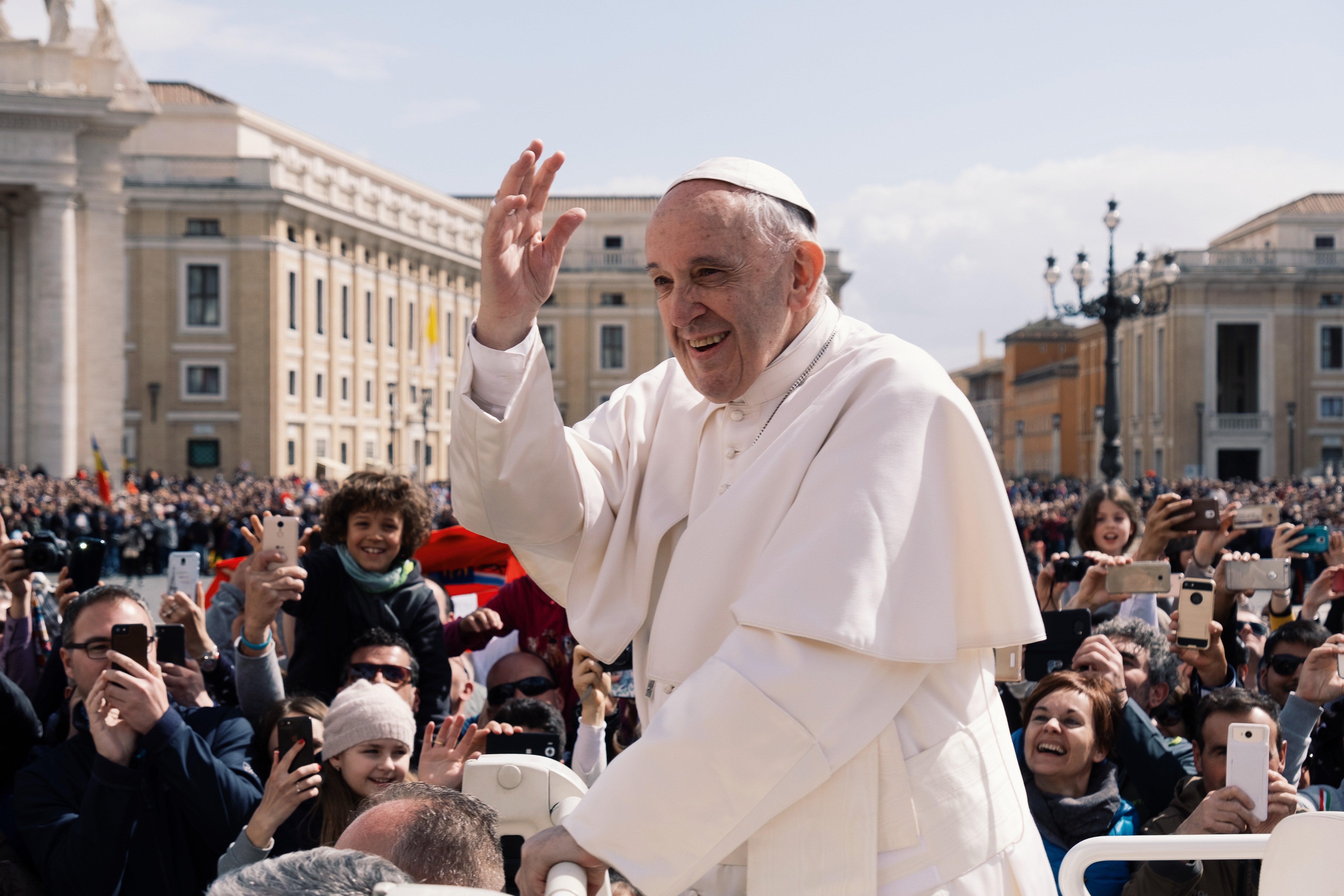 At first glance, one might think that the pope does not have much impact on our everyday life and on our country’s politics, yet his opinion affects over 1.3 billion Catholics worldwide and he regularly meets with the most powerful political figures of the planet. Here, we want to investigate how one of the mightiest apolitical figures on Earth influences one sixth of the world population by using a novel quotations corpus : Quotebank.

Our main approach consists in placing the pope on the American political spectrum, alongside to a few emblematic Democrats and Republicans politicians, by extracting meaningful features from the quote corpus of each of our selected speakers. More precisely, we focused on analysing how important key topics such as politics, economics, war and religion were to our speakers by looking at the prominent lexical fields present in their statements.

Why the American political spectrum?

We chose to place the pope on the American bipartite political spectrum which comprises at its two ends the Democratic Party and the Republican Party. This spectrum is particularly suited for our analysis, first, because the Quotebank corpus main language is English which means that a significant portion of the quotes originate from american politicians and secondly because choosing a binary spectrum greatly simplifies our analysis.

We divided our speakers into three categories: Democrats, Republicans and the pope. Here we briefly summarize which speakers we chose to integrate into our analysis and the number of their citations that appear in the Quotebank data sets between 2015 and 2020.

We begin our investigation by looking at how our three categories of speakers choose their words and what topics they fancy talking about the most. To do so, we analyzed the prevalence, summarized by a mean score, of 200 distinct lexical fields within the quotation corpus of our three categories:

Those first results make a lot of sense as they show that our two political categories often talk about government, business, leader, politics and law while the pope prefers to talk about religion, divine and worship-related topics. As an example, the worship lexical field score increases when the pope uses words such as : “pray”, “lord”, “bless”, “glory” or “cult”. At the bottom of the graph, we find the most rarely used lexical fields with notably the exotic, smell and ugliness lexical fields. We can also note that the pope is a true saint as he never uses swearing words!

Do they talk about similar topics?

As a next analysis, we wanted to determine the extent to which the use of lexical fields was similar or different between our three groups. One first simple idea consisted in computing the correlation matrix (Pearson’s correlation coefficient) of the 200 mean lexical fields scores of our three categories.

The lexical fields scores of the Republicans and Democrats are very strongly correlated (0.94). This could be due to the fact that even though the two parties have different opinions, they allocate similar importance to the same topics. On the other hand, the pope’s lexical fields scores correlate more modestly with those of of the Democrats and Republicans. From this measure, he appears to be slightly closer to the Republicans (0.45) than to the Democrats (0.39).

We then decided to focus on the 15 most prominent lexical fields of our three categories, removed the dupplicates and compared their relative use: